Research Overview
The Kimble lab investigates fundamental controls of animal development. We take advantage of the genetic power and cellular simplicity of the nematode Caenorhabditis elegans, which can be viewed as the “E. coli of animal development”. Our goal is to understand the molecular logic of stem cells and differentiation within a single tissue. Our focus is the germ line, which is composed of totipotent cells that generate sperm or oocytes to launch the next generation. Our discoveries have implications for germ cells throughout phylogeny and reveal molecular mechanisms used in virtually all animal cells.

A stem cell “niche” or “microenvironment” is required to maintain stem cells in all organisms. Our lab focuses on the mesenchymal Distal Tip Cell (DTC) niche and its maintenance of 30-50 germline stem cells (GSCs) to address fundamental stem cell questions. For example, how does a niche regulate the choice between stem cell self-renewal and differentiation? And how does the niche ensure the correct number of stem cells? To maintain GSCs, the DTC niche employs Notch signaling, which controls stem cells throughout the animal kingdom, including humans. In C. elegans, loss of Notch results in loss of all GSCs, and unregulated Notch forms germline tumors.  Notch signaling from the DTC activates transcription of LST-1 and SYGL-1, two key stem cell regulators, in GSCs. Remarkably, loss of LST-1 and SYGL-1 results in loss of all GSCs and therefore fully accounts for the effect of Notch signaling on stem cell maintenance. We are currently identifying additional Notch target genes in GSCs and mapping the landscape of Notch signaling in the GSC pool. We are also investigating the molecular functions of LST-1 and SYGL-1 as well as their regulation.

tem cells typically generate more of themselves (self-renewal) or differentiate. The balance between the capacities to self-renew or differentiate has major implications for disease, aging and cancer. This balance is accomplished in the C. elegans germline by an RNA regulatory network that acts downstream of Notch signaling. Nearly all proteins in this network belong to conserved families with roles in both development and the brain throughout the animal kingdom. The FBF/PUF RNA binding protein is central to balancing the network (see figure); the GLD-1/quaking translational repressor and GLD-2/GLD-3 cytoplasmic poly(A) polymerase drive germ cells into the meiotic cell cycle; the FOG-1/CPEB RNA binding protein together with the FOG-3/Tob RNA regulator specify the sperm fate at the expense of oogenesis. We are currently addressing how this network controls the balance between self-renewal and differentiation at a molecular level and how it is modulated in response to physiological and environmental cues.

The sperm/oocyte decision and its chemical reprogramming

Animal germ cells differentiate as sperm in males and as oocytes in females. Signaling from somatic cells initiates gamete differentiation according to the somatic sex, but germ cells must respond and drive the differentiation of one gamete fate or the other. C. elegans gamete specification relies on master RNA regulators FOG-1/CPEB and FOG-3/Tob, which function at the end of the sex determination pathway to drive the sperm fate. We used our knowledge of sperm/oocyte regulators to chemically reprogram germlines. Interestingly, individuals capable of chemical reprogramming have an intersexual molecular signature, a finding with implications for how environmental insults can affect some but not all individuals in a natural population. We are currently identifying FOG-1 and FOG-3 target mRNAs and investigating their molecular mechanism of RNA regulation. 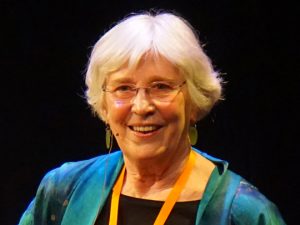