Ralph’s group is recognized for their work on lignin biosynthesis, including delineation of the pathways of monolignol synthesis, lignin chemistry, and lignin reactions. He has also defined the chemical effects of perturbing lignin biosynthesis, and extensions of this work are aimed at redesigning lignins to be more readily degraded. To that end, Ralph’s group has developed synthetic methods for biosynthetic products, precursors, intermediates, molecular markers, cell wall model compounds, etc. They have developed particularly relevant methods for solution-state NMR of lignins, including whole-cell-wall methods that require no pre-fractionation of wall components, and chemical/degradative, NMR, GC-MS combinatorial methods for cell wall cross-linking mechanisms and wall structural analysis. Ralph has been recognized every year since 2007 by the Institute for Scientific Information (ISI) HighlyCited.com in the field of Agricultural Science. He is an elected Fellow of the American Association for the Advancement of Science (AAAS).

• Delineation of effects of perturbing lignin biosynthesis, and extensions aimed at redesigning lignins to be more readily degraded to improve lignocellulosics bioprocessing. 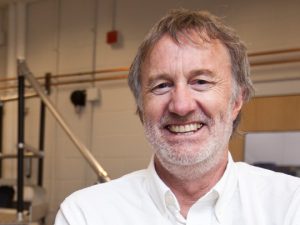