The Integrated Program in Biochemistry (IPiB) is the joint graduate training program of the University of Wisconsin–Madison’s Department of Biochemistry and Department of Biomolecular Chemistry, which together award Ph.D.s in biochemistry. While located in the same area of campus, Biochemistry is officially part of the College of Agricultural and Life Sciences, while Biomolecular Chemistry is part of the School of Medicine and Public Health. These combined perspectives allow our unique merged program to engage in important and broad approaches to science and medicine, tackling problems in biochemistry from multiple angles. 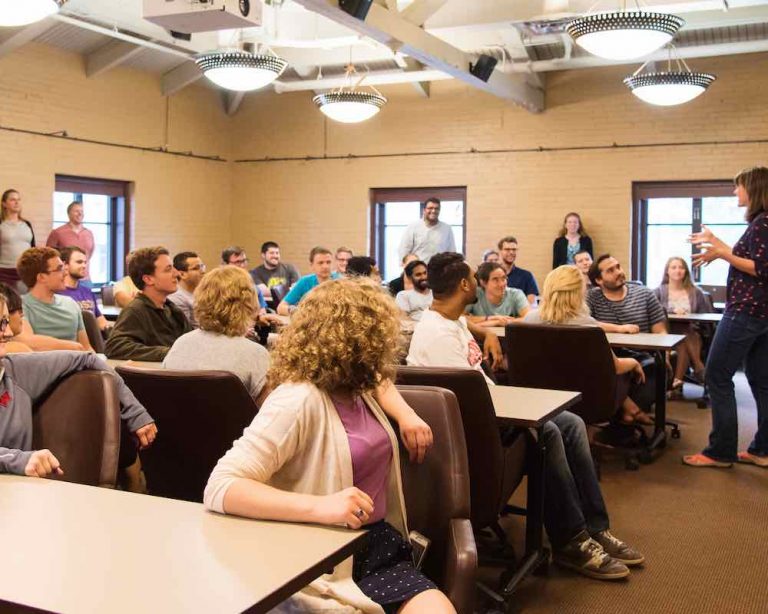 We are home to around 100 graduate students and more than 50 world-class faculty pursuing innovative research in areas that span all of biochemistry. University of Wisconsin–Madison research and education in biochemistry ranks 8th in the nation, according to the 2019 edition of U.S. News & World Report’s “Best Graduate Schools.”

The administrative structure of IPiB is collaborative and, like the University of Wisconsin, follows a model of shared governance. A Steering Committee makes program decisions about oversight, policy and curriculum with the input of the students, represented by their Graduate Leadership and Development Committee.

The buildings boast the most modern, capable, and safe facilities available, as a result of new construction and renovations in recent years. The complex includes a wide array of lab space, research facilities, conference rooms, offices, reading rooms, and teaching facilities. A small cafe is located in the Biochemical Sciences Building, and the Biochemistry Building showcases floor-to-ceiling murals painted by John Steuart Curry. 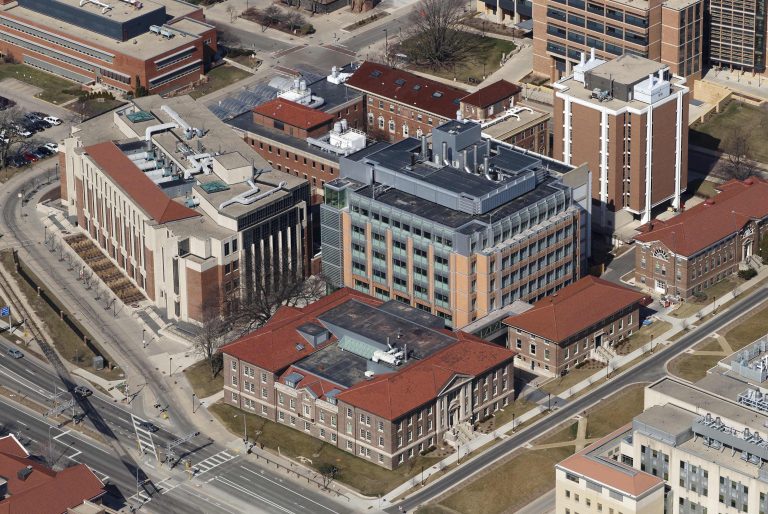 Map to each building

History of the Program 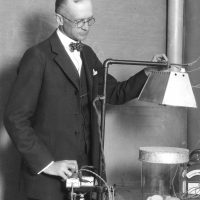 UW–Madison has historically been a leader in biochemical research in the state, the nation, and the world. The Department of Biochemistry — then known as Agricultural Chemistry — in the College of Agricultural and Life Sciences and the Department of Biomolecular Chemistry — then known as Physiological Chemistry — in the School of Medicine and Public Health first established doctoral graduate programs in the 1880s and 1920s, respectively. The departments have been responsible for numerous important discoveries, such as the first chemical synthesis of a gene, discovery of the anti-coagulant warfarin, the investigation of urea production, pioneering work on the reconstruction of phylogenies (evolutionary trees) from protein and DNA sequences, as well as the discovery and identification of the hormonal form of Vitamin D. 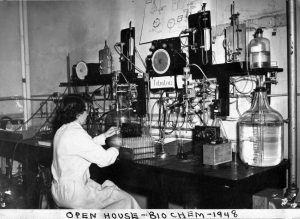 The Integrated Program in Biochemistry’s history began in 2006, when its Charter was approved. It has since forged a new exciting history of discoveries.

Over these years, IPiB has awarded over 150 PhD degrees. Former IPiB students can be found in careers in academia, industry, science policy, patent law and more.

Photo credits for this website:  Biochemistry Media Lab and the UW-Madison Photo Library