The mechanism of cytokinesis in higher plants is distinct from that of animal and yeast cells. In dividing plant cells, cytosol and organelles are partitioned between the two daughter cells by the formation of a new cross wall known as the cell plate. The focus of my lab is to understand the biochemical mechanisms that direct the formation of this new membrane compartment. Suspension-cultured tobacco and Arabidopsis cells are being used as model systems to study cell plate formation because of their amenability to transgenic, biochemical and morphological studies. Currently, we are using these cells to identify and to characterize the transport of several soluble and membrane secretory proteins to the plate.

Cell plate formation is initiated when Golgi-derived vesicles are guided by a specialized cytoskeletal structure called the phragmoplast toward the equatorial region of the dividing cell, where they fuse. The plate then extends out centrifugally as more vesicles fuse with it, until it joins with the original cell plasma membrane, separating the two daughter cells. Fusion of the transport vesicles may occur by homotypic (self) fusion, heterotypic fusion, or by a combination of these processes. Recent studies in yeast and animal cells suggest that these types of intracellular membrane fusion are mediated by two homologous but functionally distinct proteins, p97/Cdc48p and NSF. Homologs of these cytosolic fusogenic factors have also been identified in plants and one avenue of research in my lab is to examine their role in plate biogenesis. Additional biochemical studies are being conducted to identify candidates for other cytosolic and membrane components involved in the fusion process.

A complementary approach to the biochemical methodology is to exploit the genetic systems available in plants, particularly in Arabidopsis. Genetic studies will help to verify the in vivo role of proteins, identified through biochemical means in cell plate biogenesis. We have begun to identify and to characterize Arabidopsis plants containing insertional mutations in several genes of interest, including CDC48. Future studies will include genetic screens for mutants defective in cytokinesis in order to identify other proteins, such as those involved in regulation of cytokinesis, which may escape detection in a purely biochemical approach. 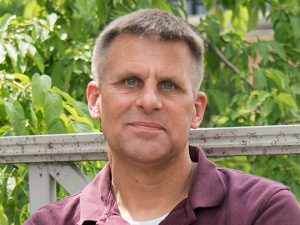