Protein structure, folding, dynamics and aggregation in the cell; role of ribosome and molecular chaperones

How do proteins fold in the cell, as they emerge out of the ribosome?  The earliest stages of a protein’s life in the cell are crucial for the achievement of a functional three-dimensional structure. This very structure is essential for biological activity and for the life of a healthy cell. The ribosome, which is well-known to catalyze protein biosynthesis, also serves as a key player in protein structure formation and in the prevention of protein aggregation. For instance, the bacterial ribosome is a nascent-protein solubilizing agent and it supports cotranslational protein folding. In addition, some specific ribosomal proteins interact directly with nascent chains during translation.

Why is it important to understand protein folding and aggregation in the cell?  The research carried out in the Cavagnero group focuses on understanding protein folding dynamics and aggregation in the cell. To help appreciate why this is important, it is helpful to discuss some practical implications. First, the large-scale production of soluble proteins is highly relevant to biotechnology and medicine. For instance, by exploiting the principles underlying protein folding in the cell it will be possible to enhance the yield of production of many protein-based drugs. Second, the role of molecular chaperones in the folding of client proteins and prions, once fully understood, can be harnessed to design novel antimicrobial agents targeting the protein folding machinery. Third, some of the fundamental principles learned in this research are likely to prove of general significance. As a result, these principles may prove to be crucial and ultimately inspire the design of strategies to control deleterious aggregation leading to a variety of deadly diseases, including prion-related, Parkinson’s and Alzheimer’s disease, as well as Huntington’s chorea.

The role of molecular chaperones in protein folding and disease.  We are particularly interested understanding how cotranslationally- active molecular chaperones lead assist the generation of the protein native state, starting from unfolded, partially folded or misfolded conformations. Towards this end, we are exploring how the bacterial Hsp70 chaperone, known as DnaK, interacts with its client proteins and potentially affects their folding mechanism. This work is carried out primarily by multidimensional NMR on 15N- and 13C-enriched polypeptide substrates and involves both kinetic and structural analysis. We focus on characterizing the conformational and dynamic changes undergone by Hsp70 client proteins during different stages of the chaperone cycle.

Our techniques.  The Cavagnero group is engaged in the study of protein folding at the ribosomal exit tunnel by a combination of biochemical and biophysical approaches, including labeled-tRNA and cell-free technologies, time-resolved fluorescence and multidimensional nuclear magnetic resonance spectroscopy, including LED- and laser-assisted NMR. In addition, we employ single-molecule fluorescence to explore protein folding on the ribosome and interactions with molecular chaperones. 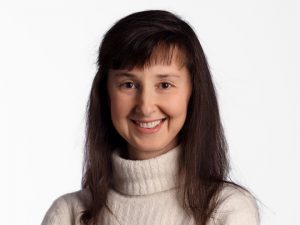