Research in our laboratory involves the molecular biology and replication of eukaryotic DNA viruses. We are particularly interested in the baculoviruses, a group of large DNA viruses that are pathogenic to invertebrates. These unique viruses are known for their prolific multiplication in insect (moth) cells and are the most popular eukaryotic vectors for high level expression of foreign gene products (proteins). Moreover, these DNA viruses exhibit a highly controlled but complex program of transcription during replication which makes them useful and attractive models for studies on eukaryotic gene regulation. Our goal is to investigate the molecular mechanisms that govern baculovirus replication to better understand fundamental problems in regulation of eukaryotic gene expression and the interaction of viruses with their host cell.

We study the early and late replication stages of the prototype baculovirus, Autographa californica nuclear polyhedrosis virus (AcMNPV) in cultured cells. AcMNPV uses a complex regulatory scheme to ensure the proper timing and level of expression of essential genes. Early genes encode transcriptional regulatory factors, whereas late genes encode virus structural proteins. We are examining the mechanisms that control the proper turn on and turn off of viral genes during infection by focusing on the molecular interactions between cis-acting DNA regulatory sequences and virus/host transcription factors. We have characterized the promoters and enhancers required for proper transcription of early AcMNPV genes and continue to investigate the trans-acting factors involved.

AcMNPV also causes programmed cell death. PCD or apoptosis is a built-in, signal-induced process by which a cell self-destructs. Whereas regulated apoptosis is critical for normal development, aberrant apoptosis is associated with tumorigenesis, neurodegenerative diseases, immunodeficiency, and viral pathogenesis. The baculoviruses encode novel PCD suppressors (including p35 and iap) that function to block apoptosis in diverse organisms, including humans. Thus, baculovirus infection provides a powerful and convenient system for molecular analysis of the induction and suppression of apoptosis. Such studies are yielding important insight into the regulation of PCD and should facilitate the long term design of novel therapeutic strategies for treatment of apoptosis-linked diseases in humans.

Techniques used in the laboratory include gene cloning and sequencing, site-directed mutagenesis, in vitro transcription and RNA mapping, construction of recombinant baculoviruses, protein purification, and immunoblot analysis, and others pertinent to molecular virology such as cell culture and virus propagation. 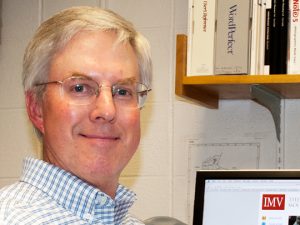