Function and regulation of RNA condensates in development

Cells are organized into membrane-bound and membraneless structures referred to as condensates. Condensates contain concentrated biomolecules, including protein and nucleic acid, and are suggested to play a role in nearly all biological processes. However, in most cases, the function of condensates has not been shown experimentally. Challenges assigning functions arise in part because condensates are a complex mix of many biomolecules, including proteins and nucleic acids. Additionally, condensates are dynamic and sensitive to environmental changes, including cell cycle, post-translation modification, and stress. The focus of my lab is to understand the molecular details of condensates using live cell imaging of endogenous condensates and in vitro reconstitution. 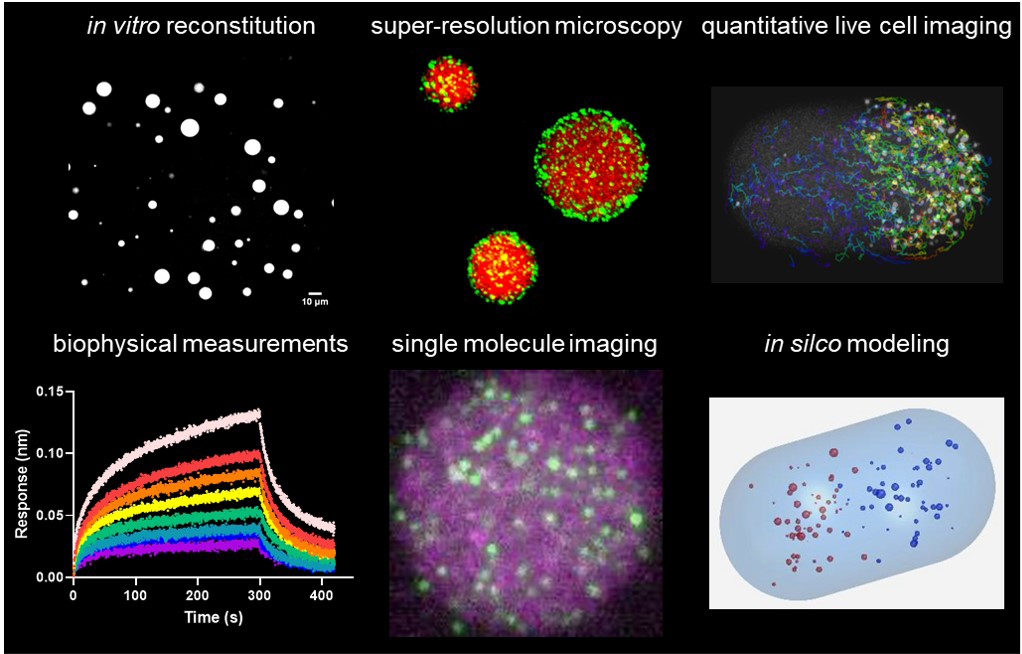 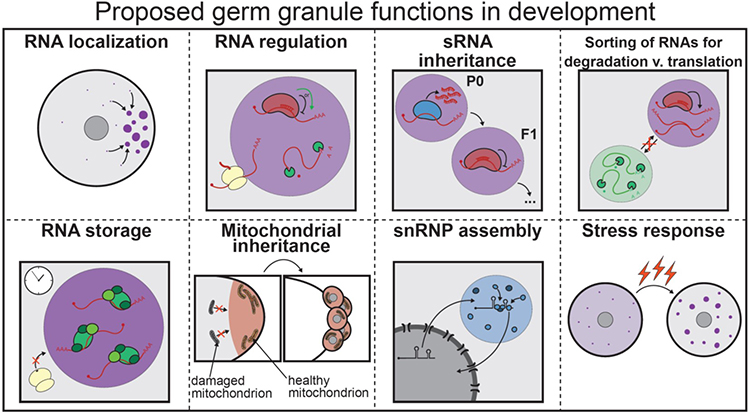 Germ granules are large condensates ribonucleoprotein (RNP) organelles found in the germ cells, embryos, oocytes, and sperm of most, if not all, animals. Germ granules are suggested to have a wide range of functions important for germline development and inheritance, and when granules are compromised, organisms exhibit germline defects. We use Caenorhabditis elegans as a powerful model for studying germ granule condensates. C. elegans is amenable to live cell super-resolution imaging and analysis in an intact animal and has an extensive genetics tool box including CRISPR and RNAi.

Condensate substructure: Many cellular condensates are not homogenous but instead have substructure. In C. elegans, we found that a type of germ granule, P granules, is composed of a dynamic liquid-like core surrounded by less dynamic solid-like clusters. The solid clusters adsorb to the surface of the liquid layer, reduce surface tension, and prevent coarsening. This phenomenon is known in material science as Pickering stabilization and was first described over a century ago. Using techniques developed to study P granules, we will explore how condensate substructure and material properties impacts function and regulation.

Condensation and enzymatic activity: Condensates contain enzymes that modify proteins, small molecules, and nucleic acids. In artificial and in vitro reconstituted systems, condensates can both enhance and inhibit enzyme activity. Disruption of enzymes can also alter the formation, morphology, and material properties of condensates in cells. Using enzymes enriched germ granules, we will examine how condensation regulates enzymatic activity and, conversely, how activity can regulate condensation. 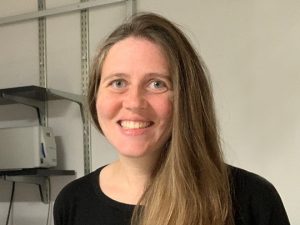