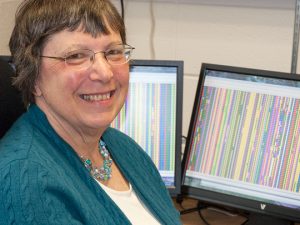 Ann Palmenberg and Rob Kalejta heard complaints at one too many virology conferences about the perceived lack of women among the invited and keynote speakers. So, they did what all good scientists do: They tracked down the data.

In their recent study, published in the Journal of Virology, the University of Wisconsin–Madison researchers examined 35 years worth of invited speaker rosters from four prominent virology meetings, including the American Society for Virology, which is hosting its annual meeting in Madison, Wisconsin starting June 24, 2017.  They found that men were overwhelmingly represented. For example, between 1982 and 2017, 77 percent of the speakers at ASV’s annual meetings were male.

“We can no longer wonder if this is a problem,” says Kalejta, professor of oncology and molecular virology. “The answer is yes and it’s happening year after year.”

To read more about this research, see the press release at the link below.