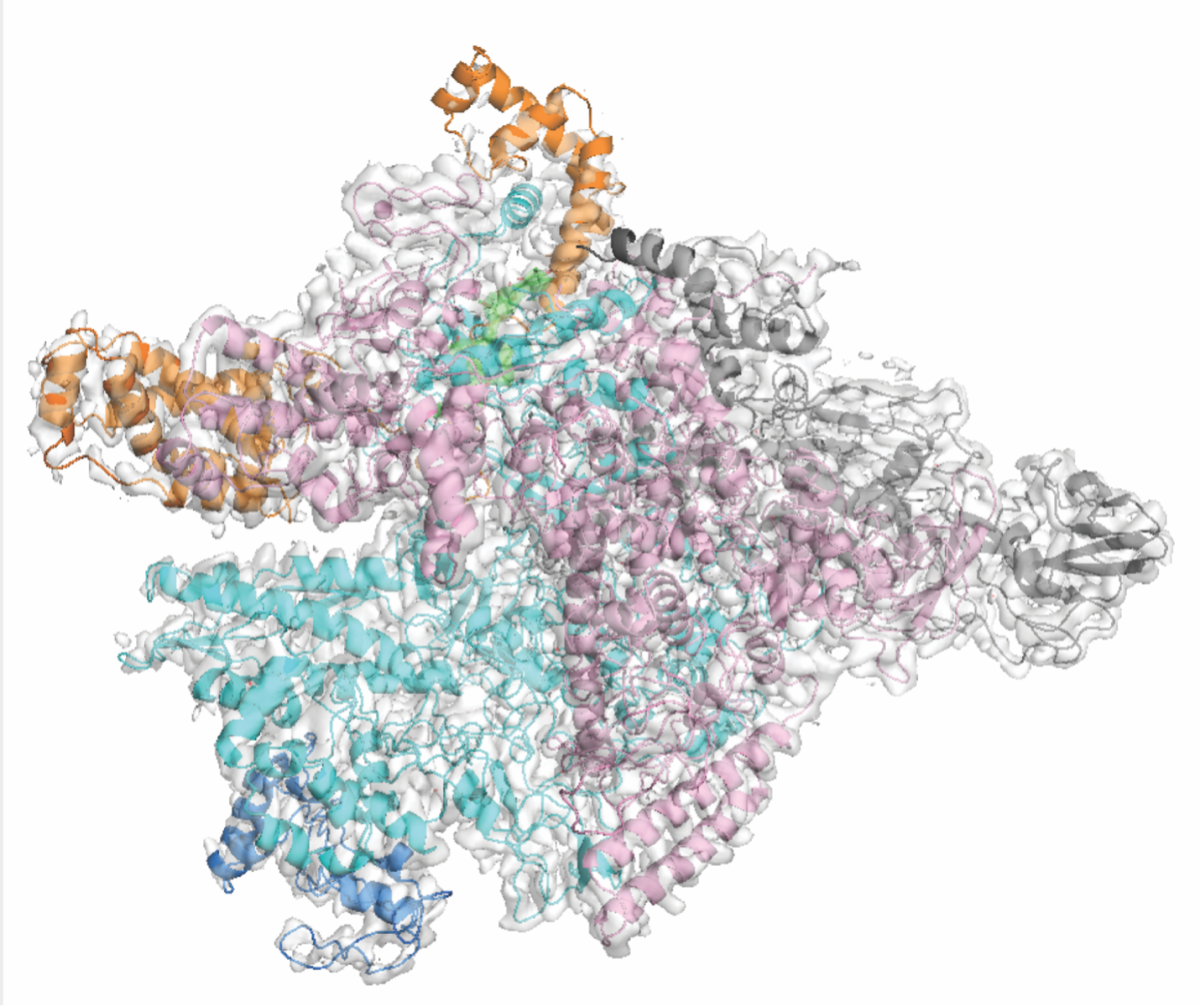 Most antibiotics are double-edged swords. Besides killing the pathogen they are prescribed for, they also decimate beneficial bacteria and change the composition of the gut microbiome. As a result, patients become more prone to reinfection, and drug-resistant strains are more likely to emerge.

The answer to this problem might be narrow-spectrum antibiotics that kill only one or a few species of bacteria, minimizing the risk of collateral damage. In a recent study, UW–Madison scientists took a close look at one such antibiotic, fidaxomicin. This antibiotic is used to treat Clostridium difficile, or C. diff, one of the most common healthcare associated infections. The researchers demonstrated at a molecular level how fidaxomicin selectively targets C. diff while sparing the innocent bacterial bystanders.

The findings, detailed in Nature, might help scientists develop new narrow-spectrum antibiotics against other pathogens.

C. diff is a toxin-producing bacterium that can inflame the colon and cause severe diarrhea. It infects about half a million people in the United States, mostly in a hospital setting, and about one in 11 of those over age 65 who die within a month. For years, doctors have used broad spectrum antibiotics to treat C. diff. Fidaxomicin is a relatively new alternative that was granted FDA approval in 2011.

Like several other antibiotics, fidaxomicin targets an enzyme called the RNA polymerase (RNAP), which the bacterium uses to transcribe its DNA code into RNA. To understand exactly why fidaxomicin selectively inhibits RNAP in C. diff and not in most other bacteria, several years ago Robert Landick, a biochemistry professor at UW–Madison, teamed up with associate professor Elizabeth Campbell from The Rockefeller University to visualize C. diff RNAP using cryo-electron microscopy (cryo-EM). Cryo-EM is a powerful imaging technique that can reveal the 3D shape of molecules and capture the drug molecule and its target in action.

One big challenge, however, was producing large amounts of C. diff, an anaerobic germ that doesn’t grow in the presence of oxygen, to image. The study’s co-first author, Xinyun Cao, a postdoctoral researcher in the Landick Lab, spent two years developing a system to more easily produce C. diff RNAP using E. coli, a bacterium that grows easily and is frequently used in the lab. A key component of the system is an engineered plasmid that produces soluble proteins for all four subunits for C. diff RNAP while maintaining correct subunit stoichiometry.

“RNA polymerases from many bacterial pathogens like C. diff are proven drug targets, but study of these enzymes is difficult because they differ in properties from the RNA polymerases in model bacteria and the pathogens themselves are problematic to grow at scales that yield enough enzymes,” says Robert Landick, co-correspondence author on the study. “Xinyun’s recombinant system is a major breakthrough for C. diff research in enabling a structure with its most important inhibitor.”

Cao’s approach also opens the door to similar studies with other bacterial pathogens.

Using this material, co-first author Hande Boyaci, a postdoc on Campbell’s team, generated images of C. diff RNAP locked with fidaxomicin at near-atomic resolution. Wedged into a hinge between two subunits of RNAP, fidaxomicin jams open the enzyme’s pincer, preventing it from grabbing on to genetic material and starting the transcription process.

In closely examining the points of contact between RNAP and fidaxomicin, the researchers identified one amino acid on the RNAP that binds to fidaxomicin but is absent in the main groups of gut microbes that are spared by fidaxomicin. A genetically altered version of C. diff that lacked this amino acid was unperturbed by fidaxomicin, just like other commensal bacteria in the gut. Conversely, bacteria that had it added to their RNAP became sensitive to fidaxomicin.

“Hande Boyaci and Elizabeth Campbell at The Rockefeller University have dramatic expertise in RNA polymerase structural biology,” Cao says. “The cryo-EM structure, C. diff RNAP in complex with fidaxomicin, determined by them set a solid foundation for us to identify the fidaxomicin sensitizer residue in C. diff.”

The findings suggest this one amino acid among the 4,000 amino acids of this robust and essential transcription machine is its Achilles heel, responsible for the killing of the bacteria by fidaxomicin.

The approach used in this study proposes a roadmap to developing new and safer antibiotics, the researchers say. By further elucidating RNAP structure of diverse bacteria, scientists can design antibiotics that targets each pathogen more selectively and effectively.

A version of this release was originally provided by The Rockefeller University.