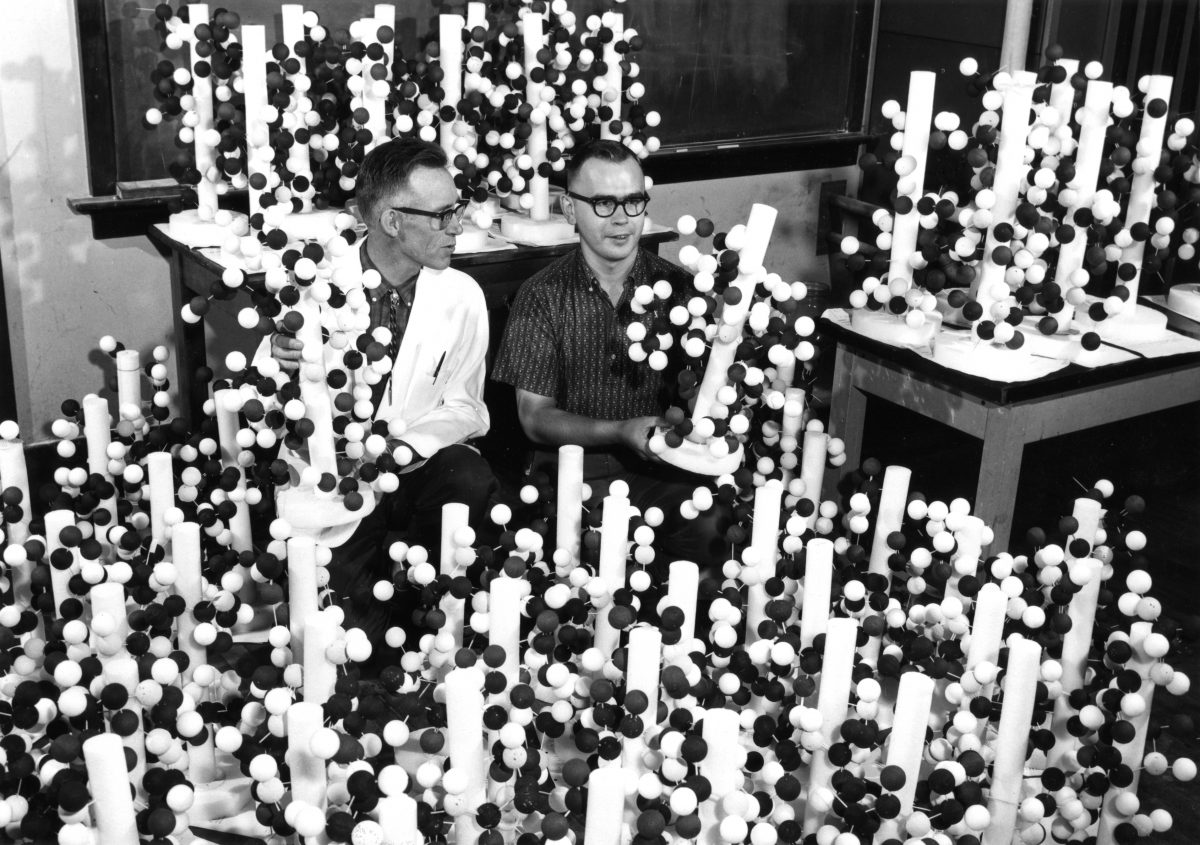 On a rainy day last fall, chemist Scott Wildman left his office on the UW–Madison campus and drove to a retirement community on the city’s west side to bring 40 years of scientific work out of the dark.

His trip brought him to the home of Laurens “Andy” Anderson, emeritus professor of biochemistry. There, packed away in a closet, Wildman found a cache of dark green boxes holding nearly 800 meticulously organized vials of purified chemicals, each one stoppered with real cork and labeled with intricate handwriting. Many of the vials boasted a tiny drawing of a structural chemical formula for identifying the white or sometimes colored powders inside. Wildman wrapped the glass treasures in protective plastic and chaperoned them to their new home — and new purpose — at the UW Carbone Cancer Center’s Drug Development Core (DCC).

The so-called “green box collection” contains the physical legacy of Anderson’s career with the Department of Biochemistry. While cleaning his house one day, it occurred to him that the molecules could be useful for carbohydrate chemistry researchers, so he approached the department about donating the collection. In the end, it was decided they would have the biggest impact at the DDC, where they can serve as a resource for the next generation of scientists looking to discover new drugs for treating diseases.

In the complicated process of drug discovery, scientists screen large collections of molecules — called libraries — in search of a range of properties that indicate they could be used as antibiotic, antifungal, or anticancer agents, or even neurological drugs. A molecule with one or more of these properties is called a “hit” and can be further investigated as a possible drug. A hit gives researchers an important starting point for deeper research in drug design. But when compared to the types of molecules synthesized for drug discovery today, the old-school way in which Anderson’s molecules were made gives them some unique properties, so they are taking on new significance in their present home.

“Learning about him and what he did while he was here 20 years before I was born has been very interesting, especially because I am now one of the keepers of the fruits of that labor,” says Wildman, who is an associate scientist at the DDC. “As scientists, we have a finite period of time in which to make an impact. But in this case, we just gave his impact a whole new lease on life. In a way, he can start over, even without being in the lab.”

Read the rest of this feature story at the link below.