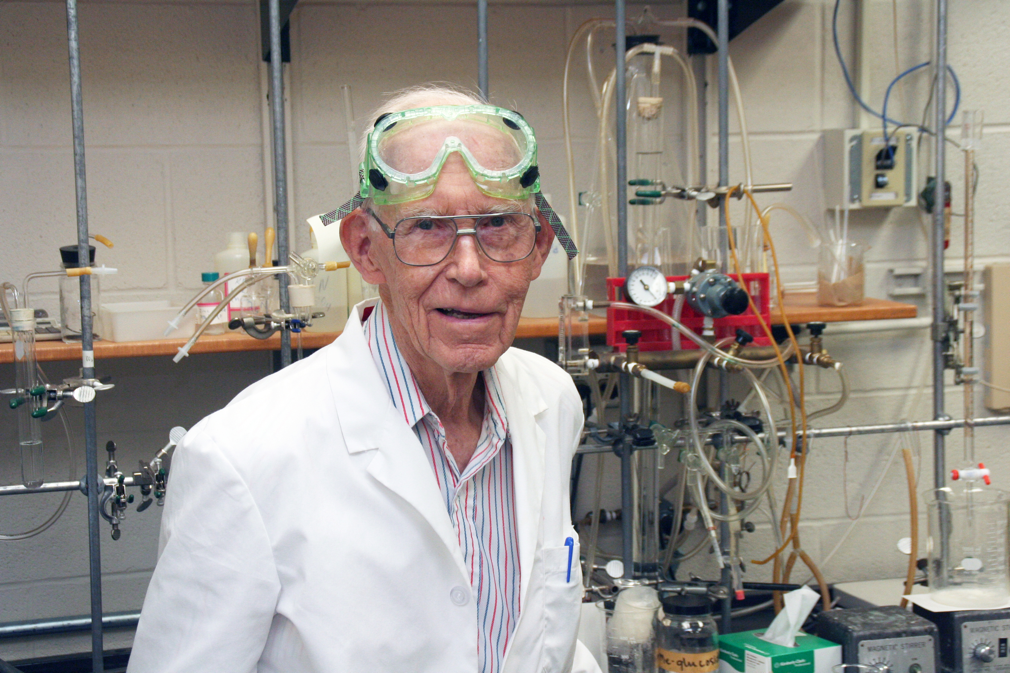 University of Wisconsin–Madison Professor Emeritus of Biochemistry and Ph.D. alumnus Laurens “Andy” Anderson died on Nov. 6, 2018 at the age of 98. He was a faculty member in the department for 35 years, known as a world-renowned expert on carbohydrate chemistry and nomenclature.

Anderson was born in South Dakota on May 19, 1920, and he earned his undergraduate degree from the University of Wyoming in 1942. After college, he joined the Air Force and served as a bomber pilot in missions over southern Europe. In 1946, Anderson and his wife Doris moved to Madison and he began his graduate studies in biochemistry at the university.

As a graduate student he worked with esteemed biochemist Henry Lardy, an expert in metabolism and sugars. After earning his Ph.D. in 1950, and following a yearlong postdoctoral position in Switzerland, Anderson returned to UW–Madison to join the biochemistry faculty, which he retired from in 1986 to become an Emeritus Professor. But he couldn’t stay away from the laboratory for long. Just a few years later he became a Visiting Senior Professor in the Chemistry Department, where he continued to work in the laboratory of Bassam Shakhashiri and mentored graduate and undergraduate students.

To read more of this story, see the link below.