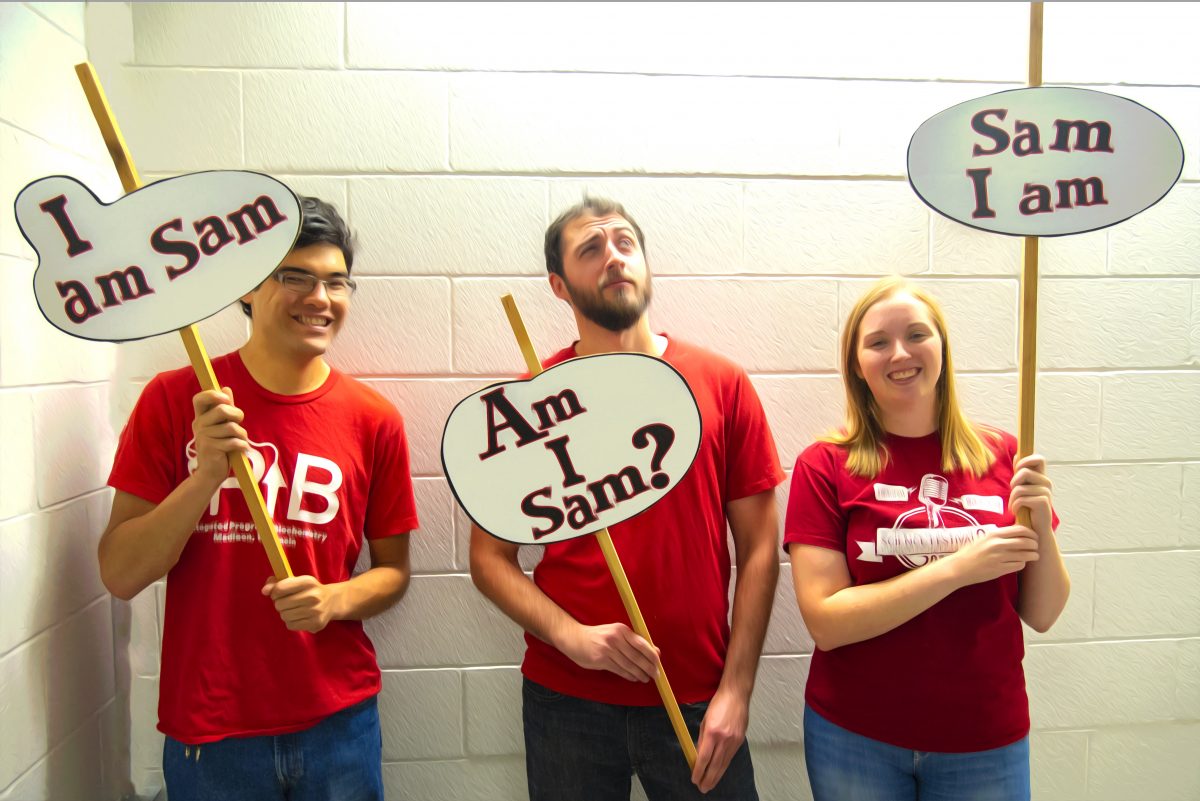 All three graduate students in the Integrated Program in Biochemistry (IPiB) ended up in the same lab, which studies membrane proteins. IPiB is the joint graduate program of the Department of Biochemistry and Department of Biomolecular Chemistry. Although from slightly different backgrounds, they are linked by their research interests and, of course, their names.

“The lucky thing is we all have different full first names, which is kind of surprising,” says Anderson, a fifth year in the lab. “People call us the three Sams mostly. I’ve heard the Senes Sams, but not often. It also doesn’t help that my initials are SMA. When I started, Samuel and Samson were already in the lab and I wrote my initials on my first freezer box. ‘That’s not gonna work’ they laughed.”

What sparked their interest in science is varied. Anderson has a fun story about falling in love with science at a plant exhibit at Disney World. Condon found biochemistry research after floating law school and a patent law career, while Craven says his proficiency in math and chemistry from a young age steered his choice of study.

The coincidence has come with a fair share of hilarious stories from the lab. For new lab members, there’s a learning curve to knowing that asking for “Sam” will only result in confusion. Luckily, they just go by their full first names or their last names.

“Some are better at it than others,” says Craven, who is in his sixth year. “Samson and Samantha are actually in the same bay in the lab and sometimes I’ll go over there and even I’ll just say ‘Sam.’ There will be a pause until I realize I have to say the other part of the name.”

While their names may bring funny moments into the lab, the science in the Senes Lab is no joke. The lab studies proteins embedded in cell membranes, which are notoriously difficult to study. To get around this, they study them with conventional laboratory experiments and also use computation to help make predictions about them.

Read more about the Sams and their research at the link below.