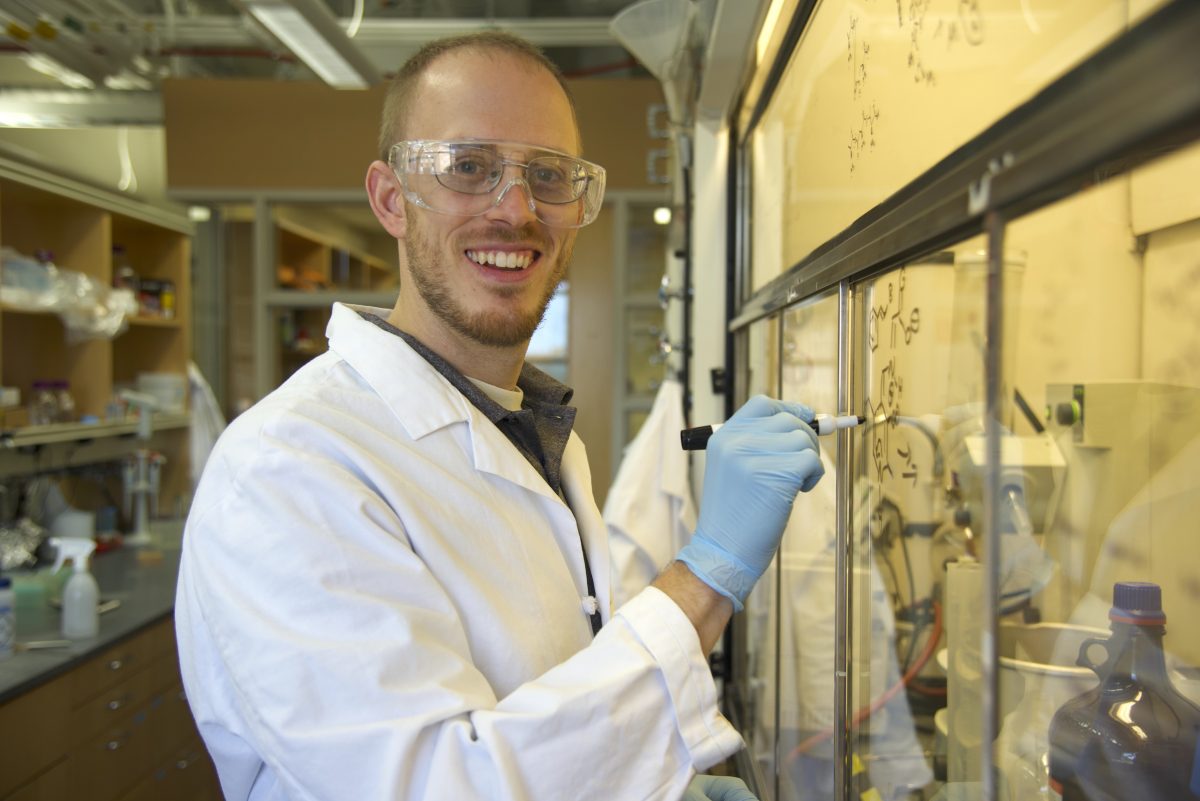 Andrew Buller, professor of chemistry at UW-Madison and affiliate of the Department of Biochemistry, is working to develop methods to create new protein building blocks in living systems. This chemical research, recently recognized with a $2.2 million grant from NIH, could make these processes more affordable for and accessible to scientists with expertise in other backgrounds.

“We want to bring new kinds of building blocks into biological systems, with the goal of interfacing with living systems,” Buller said, explaining that his group will repurpose how enzymes use vitamin B6, the cofactor that is preeminent in amino acid biosynthesis, to perform new types of reactions.

The biological building blocks of life include amino acids, vitamins and minerals, which are all accessible to living organisms through the foods they consume. Food goes through chemical processes to convert it to a set of proteins needed for life processes. There are 20 key amino acids that make up proteins, but Buller says scientists can create more.

“You could think of this as having a Lego kit with just 20 different pieces,” Buller said. “What could you build if you had more? We build these new Lego bricks and then teach biological systems how to make them too.”

This unique way of thinking and the possible long-term benefits of creating these systems won Buller the NIH award, which funds “highly innovative and unusually impactful biomedical or behavioral research, proposed by extraordinarily creative scientists.”

Over the past two decades, scientists have been adding amino acids, produced by organic chemists in the lab, to proteins. Buller’s project will set up a system any molecular biologist can use, with enzymes and an off-the-shelf chemical, to create the amino acid they need in a cell.

“People have wanted to do this for a long time, but there are a lot of barriers,” he said. “We are addressing one of the biggest, which is that it’s really expensive and it takes a lot of training in two different areas. If we can make it cheaper and so that you need one skillset instead of two, then everybody else is going to be able to use this technology.”

Substantial awards, like this one, allow researchers time to work, discover, and create, because they remove some of the pressure to spend time searching for funding.

“Now we get to focus on the science,” Buller said, adding that this research could spawn methods of cheaper drug development. “and I think this is an important challenge for scientists to work on. We want to lower the barriers, both in terms of cost and difficulty, to make it easier to make new kinds of molecules. My hope is that they would have that kind of impact – that biochemists would have that expanded repertoire of new building blocks in their probing a structure-function relationship of molecules, or in the process of optimizing an antibody to bind to an antigen.”

Story by Tatum Lyles Flick for the Department of Chemistry. Read the original here.