Congratulations to the Integrated Program in Biochemistry (IPiB) students who successfully defended their theses this fall. Read a bit about each of these four new graduates and the research that went into receiving their Ph.D. in biochemistry below. Their broad interdisciplinary work covered research from areas like RNA-protein interactions, single-stranded DNA-binding proteins, and computational biochemistry, as well as techniques like mass spectrometry. 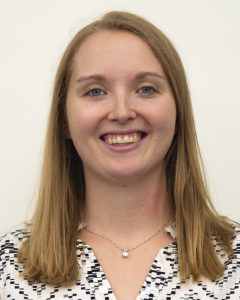 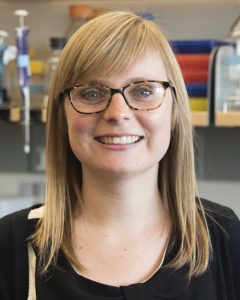 Dr. Katarzyna (Kasia) Dubiel
The lab of Professor Jim Keck is broadly interested in bacterial genome maintenance, and IPiB student Katarzyna (Kasia) Dubiel focused her Ph.D. research on single-stranded DNA-binding proteins (SSBs), which play a major role in this process. In order for DNA replication and repair to occur, double-stranded DNA must be separated into single strands. Single-stranded DNA is inherently unstable and wrapping single-stranded DNA around SSBs prevents formation of aberrant DNA structures and protects it from being broken down in the cell. In fact, these proteins are required in all organisms. Through her work Kasia investigated exactly how SSBs bind DNA and devised a method for tagging SSB so these proteins can be studied in live cells. This work will help future researchers better study these important proteins and their interactions with DNA in the context of the cell. 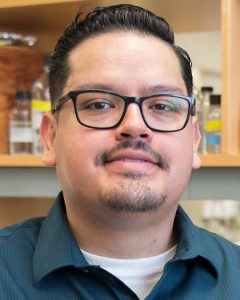 Dr. Hugo Medina-Muñoz
The lab of biochemistry professor Marvin Wickens studies how RNA molecules are controlled and interact with proteins. While RNA is the intermediary between DNA and proteins, it is not just a simple default: instead, RNA stability, translation and location all are regulated. Being able to define where RNAs are in a cell, across all the many thousands of RNAs in that cell, would be useful but is challenging. IPiB student Hugo Medina-Muñoz developed a method to accomplish this goal, which comprises the heart of his Ph.D. work. The method anchors an RNA modifying enzyme to a specific subcellular location, where the enzyme then labels any RNAs in its vicinity. Using the approach, Hugo identified both mRNA and non-coding RNA molecules at the outer surface of mitochondria or endoplasmic reticulum in live yeast and uncovered a conserved set of RNAs at both locations in both yeast and mammalian cells. 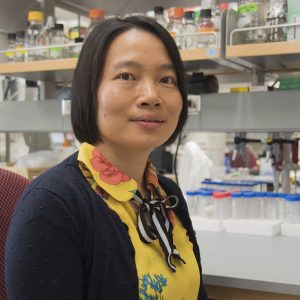 Dr. Thao Nguyen
One project in the lab of IPiB faculty member Michael R. Sussman investigates a proton pump present in plant and fungal cells. The pump converts the chemical energy of ATP into an electrical and chemical gradient of protons known as a proton motive force as it moves protons to the outside of the cell. This proton motive force is then used by the cell’s other transporters, including channels and co-transporters, so that essential nutrients, hormones and other molecules can be moved in and out of the cell. Using a technique called crosslinking mass spectrometry, which analyzes protein-protein interactions, Thao Nguyen revealed how this proton pump is regulated. Her work gives a new understanding of how one end of the protein — the C-terminal domain — regulates the overall pump activity, helping to explain the molecular mechanism by which this important nexus of several signaling systems in the plant, helps the plant to hasten or slow growth.