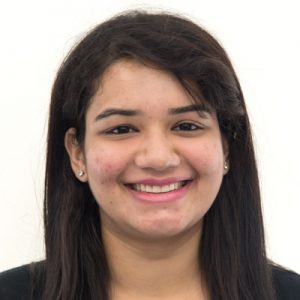 Damage to DNA during its replication can be caused by exposure to ultraviolet radiation, drugs, internal factors, and more. Typically, repair proteins come to the rescue. These proteins scan the genome and remove damage and errors. In certain cases, though, DNA damage accumulates, leading to mutations and then conditions like cancers, neurodegenerative diseases and aging disorders.

Some diseases have even been linked to mutations or inefficiencies in DNA repair proteins like RecA. A central player in homologous recombination, one of the main pathways used by cells to repair DNA damage, RecA is a protein essential for the repair and maintenance of DNA.

“Beyond the whole university environment and the lab, there are multiple opportunities for building yourself professionally around campus…it’s been a great training experience,” Jain says. “There were of course early downfalls in these projects initially, but support of my work from Mike Cox and other team members really helped me keep going.”

To learn more about her research, attend Jain’s Thesis Defense on Monday, November 15 in Room 1111 of the Genetics-Biotechnology Center Building.