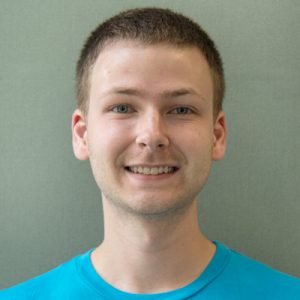 “Ion channels are an important class of proteins…Defects in ion channels can cause diseases like cardiac arrhythmias or epilepsy,” Lewis, a member of the Henzler-Wildman Lab, says. “An advantage of using nuclear magnetic resonance spectroscopy is that we can characterize both the structure and also the internal dynamics of proteins.”