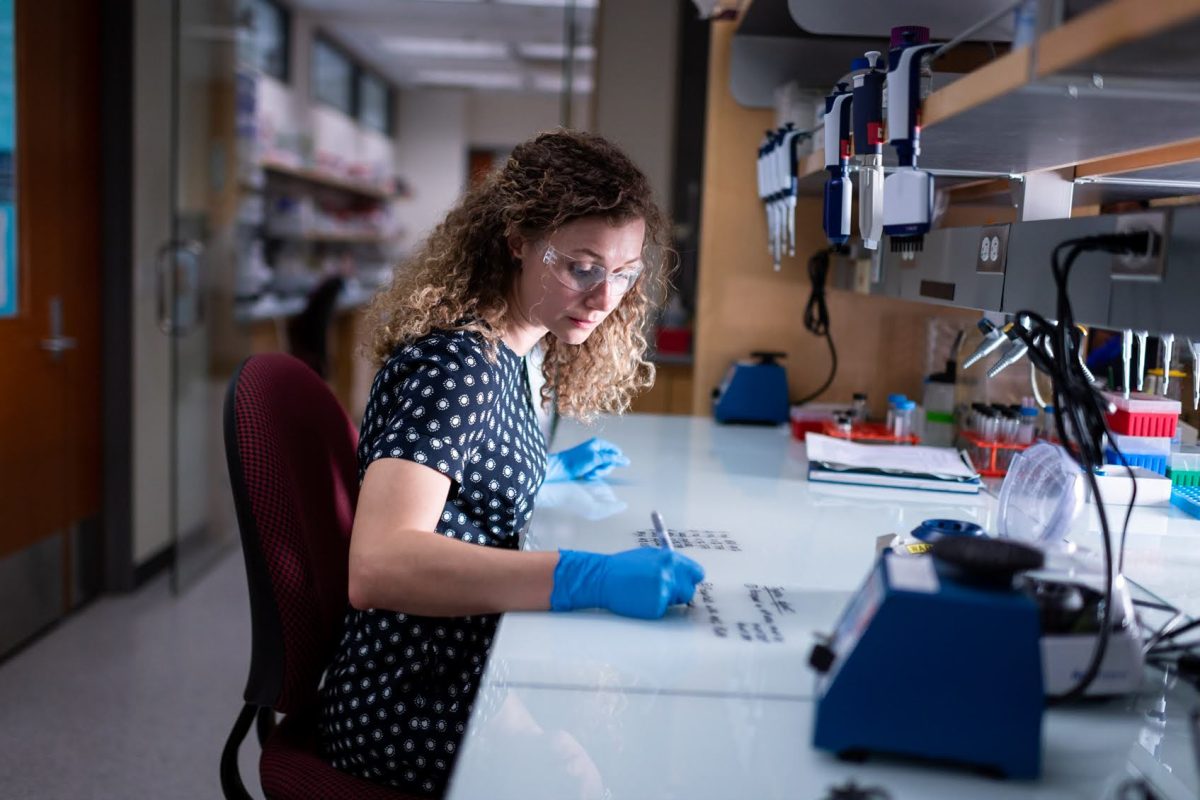 The powerhouse of cells is the mitochondria, an engine that relies on proteins to drive the cell’s work.

In the past few decades, scientists have been studying proteins in these metabolic epicenters, and have linked these proteins to more than 150 distinct human disorders — often in rare or poorly understood diseases.

And yet still hundreds of other mitochondrial proteins lack clear functions and some 40% of mitochondrial disorders remain unresolved.

Now, researchers at the Morgridge Institute for Research and Washington University School of Medicine in St. Louis have analyzed dozens of mitochondrial proteins of unknown function and suggested functions for many of them.

The findings, published May 25, 2022, in Nature, indicate that understanding how mitochondria’s hundreds of proteins work together to generate power and perform the organelles’ other functions could be a promising path to finding better ways to diagnose and treat poorly understood conditions.

The project was kickstarted with the support of a UW 2020 grant and was further supported by a joint NIH P41 Center grant.

The Coon Lab provided the technical tour de force to dig deep — deeper than anyone else at the time — to survey 203 CRISPR-mediated HAP1 cell knockout lines and characterize the unknown function of over 50 mitochondrial orphan proteins.

“We had attempted a multi-omic tour-de-force in a yeast model system with great success,” says Coon. “And we both realized that our technical approach coupled with the recently developed CRISPR/Cas9 technology would allow us to move into human samples where ultimately our discoveries would go beyond explaining protein function, but also human disease.”

“A powerful aspect of this study is that it combines the technical prowess of the Coon Lab with our detailed biochemistry and cell biology investigations and the computational and clinical genetics skills of our collaborators,” says Pagliarini, a co-corresponding author on the study. “The result is a resource that will benefit many in the mitochondrial community and beyond.”

The work was spearheaded by Jarred Rensvold, a former staff scientist with the Pagliarini Lab, who worked with Evgenia Shishkova, then an Integrated Program in Biochemistry (IPiB) graduate student in the Coon Lab, to devise a powerful, integrative ‘systems biochemistry’ approach. They used high-throughput quantitative mass spectrometry (MS) to create a new compendium characterizing human mitochondrial proteins.

Their findings provide a multi-dimensional dataset and platform that details the cellular responses to mitochondrial dysfunction and lays a foundation for future research into protein function.

“There is missing knowledge about mitochondrial biology and mitochondrial disease,” says Shishkova, who completed her Ph.D. and is now a scientist in the Coon Lab. “There are diseases attributed to some issues with mitochondria, but there is no understanding of how it is taking place, what proteins are affected, and what biochemical pathways are affected. One of our aims was to chart this unknown territory.”

“It was a sea of data, an ocean really,” says Shishkova, who together with other members of the Coon Lab characterized more than 8,400 proteins, 3,500 lipids, and 218 metabolites from each of the cell lines.

They started with what was known. Many diagnosed human mitochondrial disorders featuring coenzyme Q (CoQ) or complex I (CI) deficiencies lack apparent mutations in their genes. It suggested these pathways might rely on proteins that have yet to be identified.

Using proteomics, they discovered that PYURF — a protein-coding gene — is important in mitochondrial function and is disrupted in human disease. Specifically, they revealed PYURF is a SAM-dependent methyltransferase chaperone that supports both complex I assembly and coenzyme Q biosynthesis and is disrupted in a previously unresolved multisystemic mitochondrial disorder.

Their research suggests that many orphan mitochondrial proteins still lack robust characterization — and that these proteins have a biological role.

Further, their dataset has now defined a rich cell signature of mitochondrial dysfunction that, when paired with health and patient datasets, can support the genetic diagnosis of unknown and poorly understood mitochondrial diseases.

The Coon Lab housed the data in an interactive online resource, MITOMICS.app which can be found online.

“In this study, we recorded millions of quantitative measurements and followed a handful of those to understand a similar number of human diseases. Our data is now available to researchers across the globe and almost certainly contains countless other leads that hold the promise to resolve many more human disorders,” says Coon.

For Shishkova, the project was a marathon in collaboration and communication, often with colleagues across the country and world, including Newcastle University in England and Haceteppe University in Ankara, Turkey.

“I learned the value of collaboration and the incredible things you could do when you have people who really know their stuff come together and bring their best work to the table,” she says. “That was a really good learning experience in terms of the full combination of learning project management and maintaining collaborations and communication.”